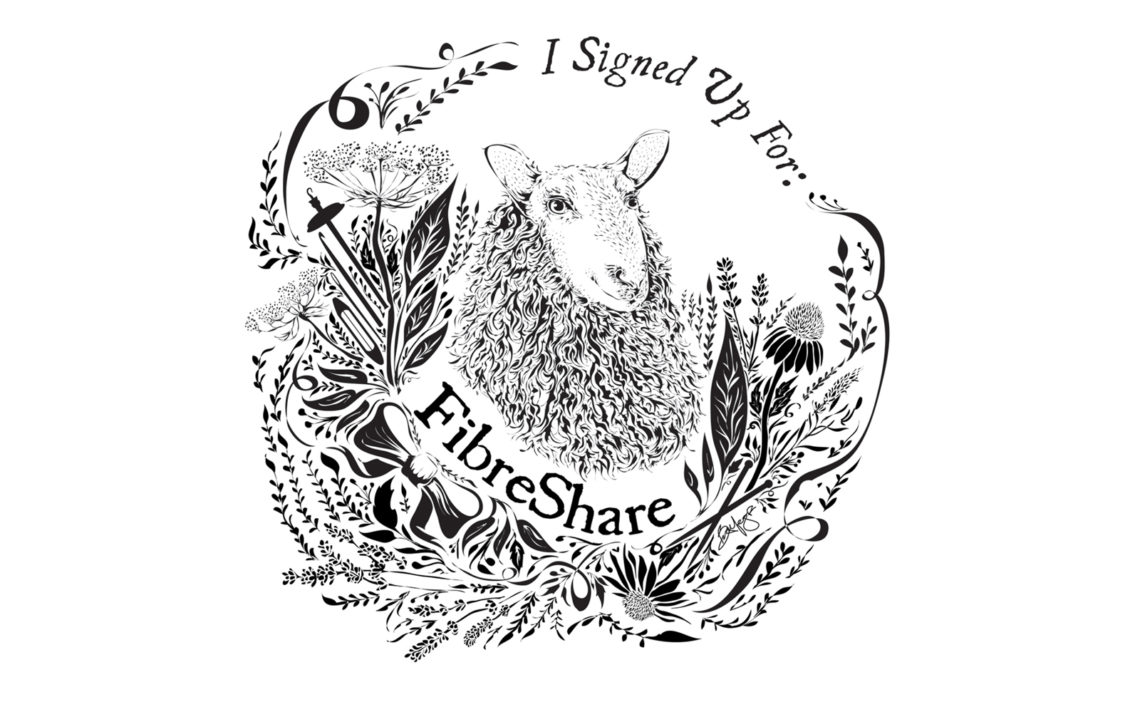 At the end of February, I signed up for Fibreshare. What is that, you might think? In a nutshell, it’s a yarn exchange party! After you have signed up and registration has closed, a team of lovely ladies starts the matching. Each participant is matched with two others: you will send yarn to one of them and you receive yarn from the other one. When registering, you can state you preferences for colours, yarn craft, materials… There are two important rules: you send at least 200 grammes of yarn and you send out your package at the latest on 22nd of April.

Then the fun begins because you can start the search for that perfect gift for your partner. And at the same time, the excitement about what you will be receiving from the other partner starts. The partner I was going to send a parcel to is Diana from the United States. Dieuwertje from the Netherlands is the one sending me a yarn parcel.

To increase the fun and curiosity, teaser photos are published on Instagram. The one on the left shows the yarn that I bought for Diana. The one the right displays the yarn that Dieuwertje bought for me. These black and white images are really helpful, aren’t they? 🙂

Last week I received my package from Dieuwertje and yesterday my parcel was delivered to Diana. I’ll bet you are curious! Here they come! I will show you the package that I created for Diana first. 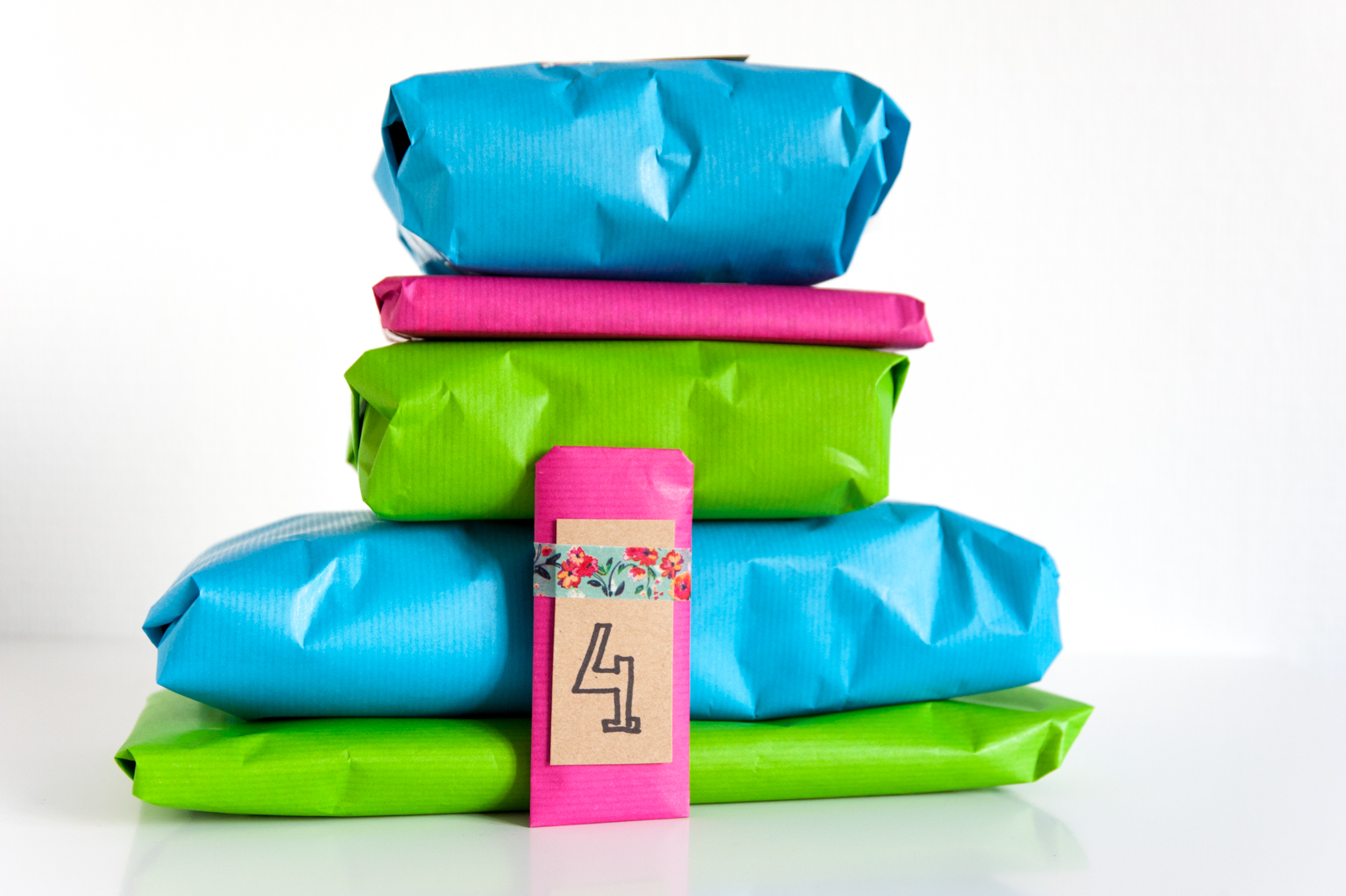 This colourful pile of gifts was in the box, along with a card and some tea. 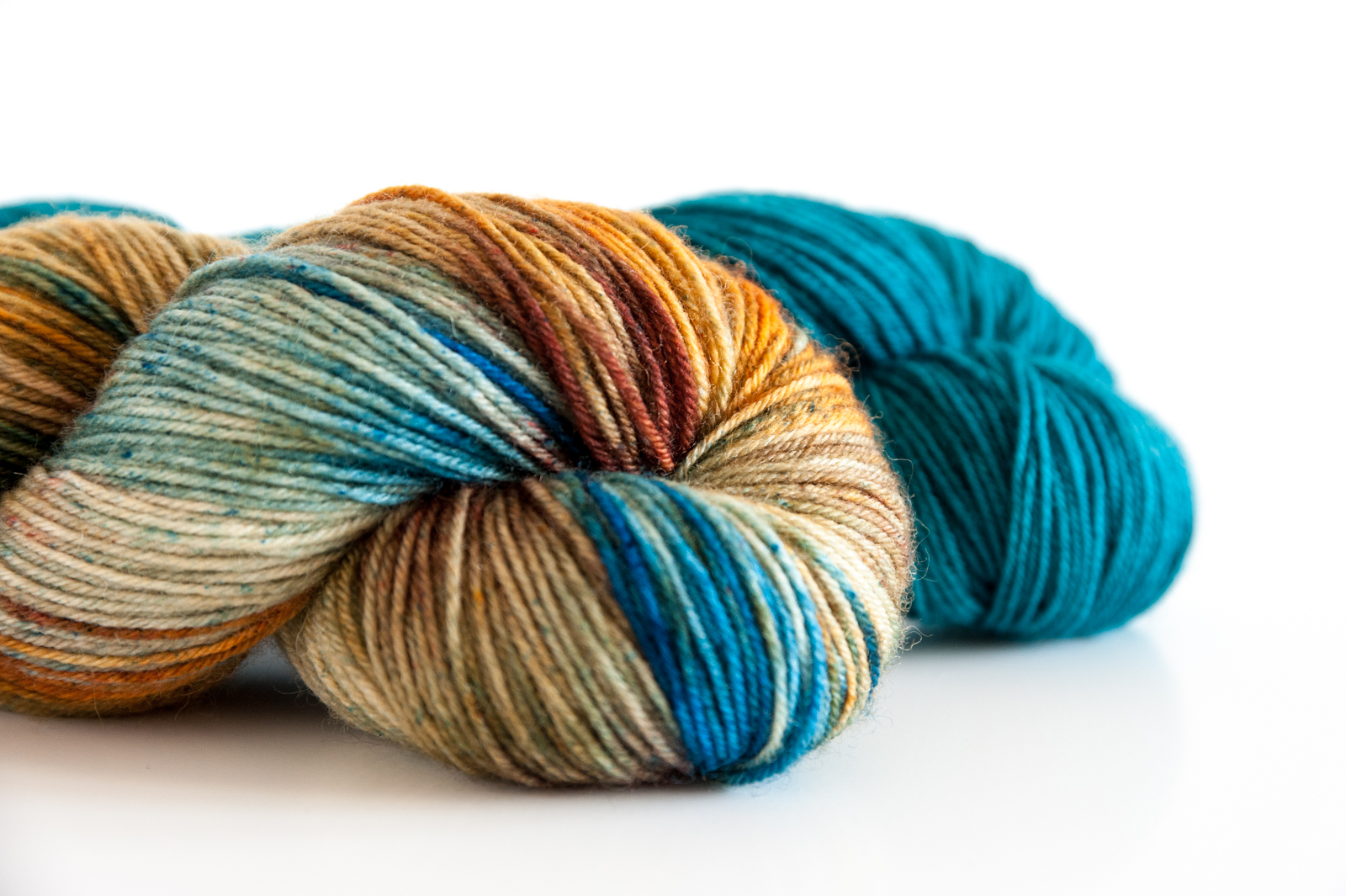 I bought her some beautiful yarn by Wol met Verve (remember I was there recently?). The variegated one is called ‘Duck’, both are basic sock yarns. The colours are so, so beautiful! I am seriously considering buying it for myself as well! 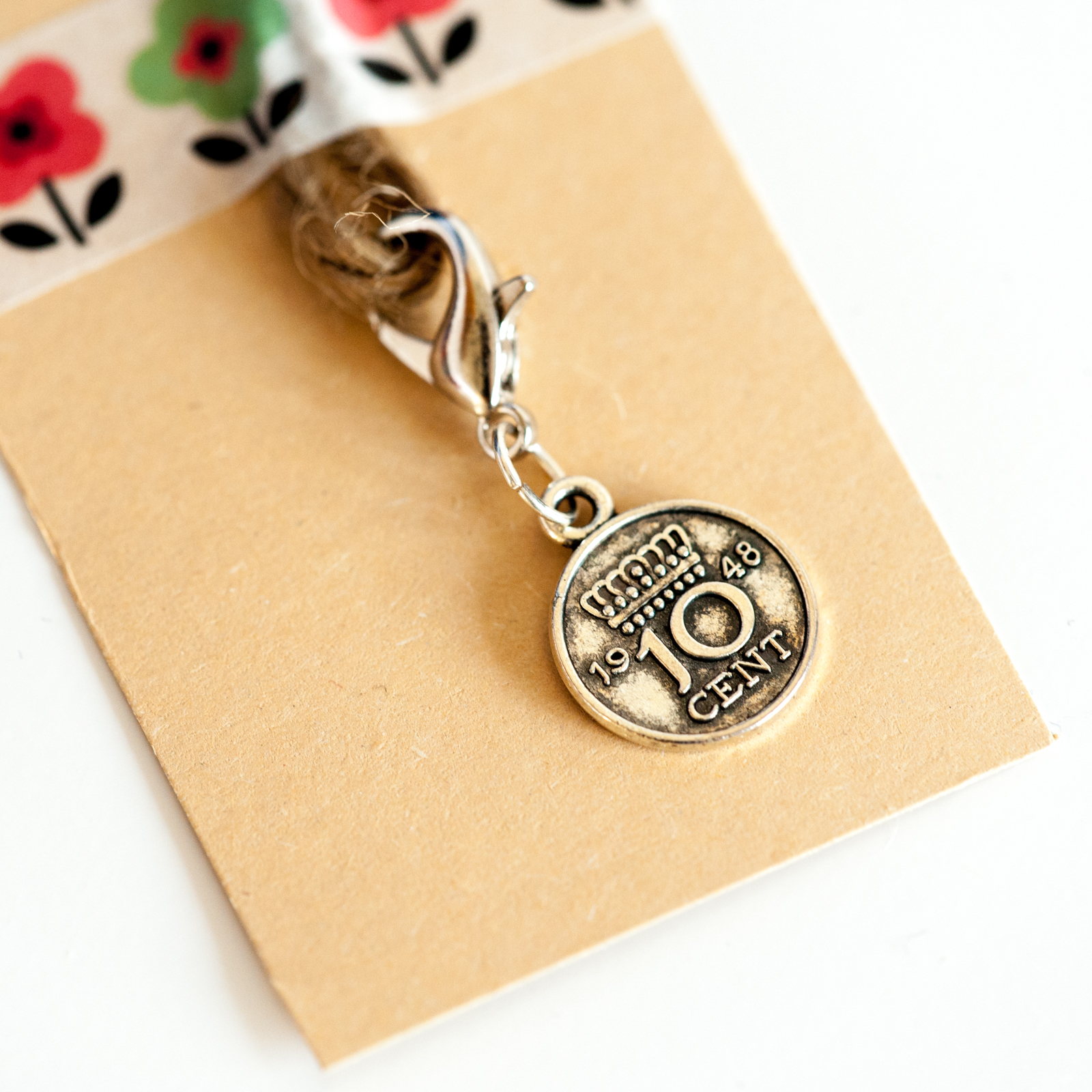 As an extra gift, I put in a stitch marker that I bought online at Wol Zo Eerlijk. The coin is a replica of an old Dutch coin. Before switching to the common European currency called ‘Euro’ back in 2002, here in the Netherlands we used Guilders. This particular one was a 10 cent coin, known as ‘dubbeltje’.

I also sewed a project bag in a typical Dutch theme. (And yes, I have made a similar one for myself too…). 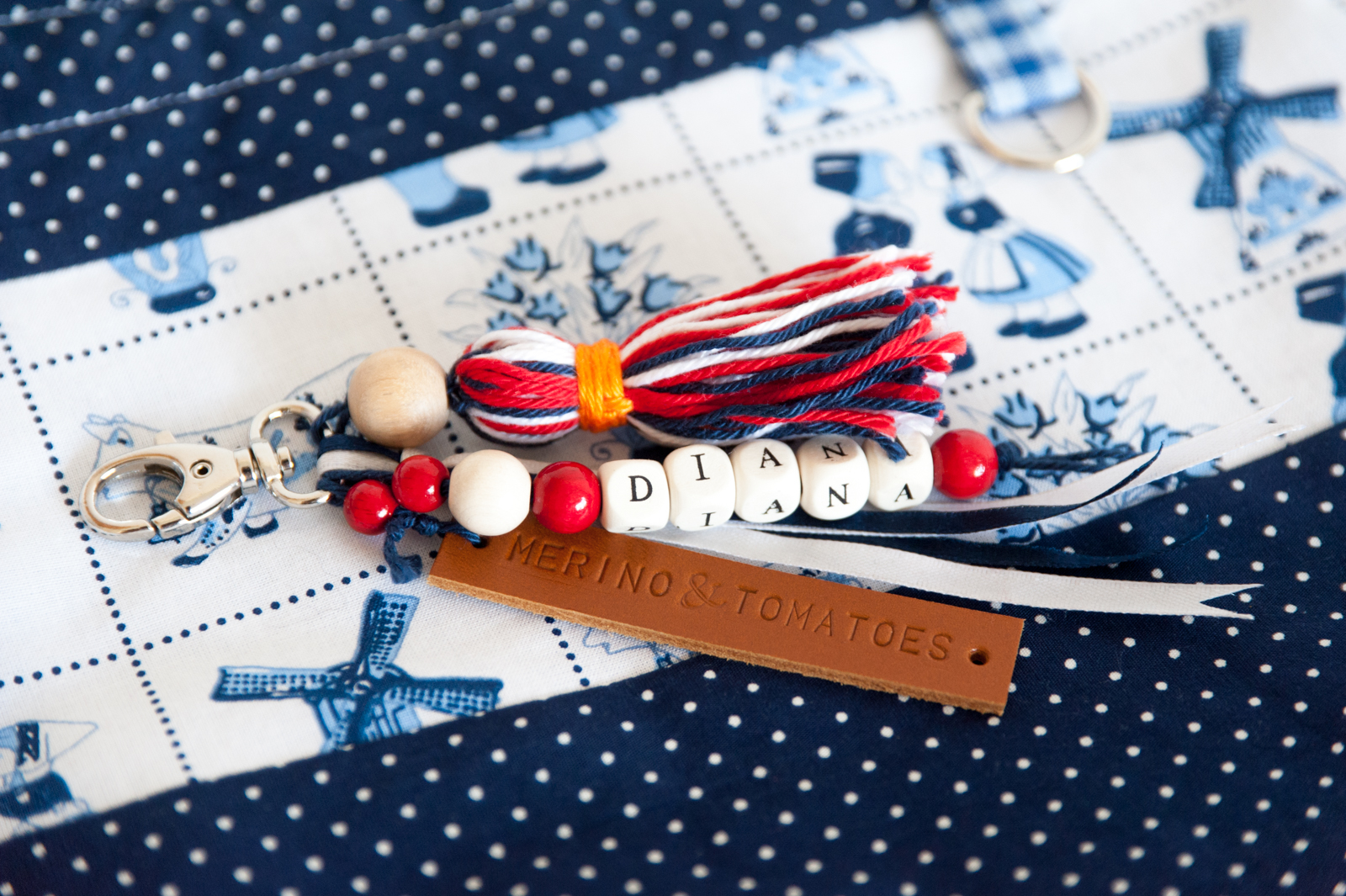 A matching key chain had to be part of it! (Leather tag by De Haakfabriek.) 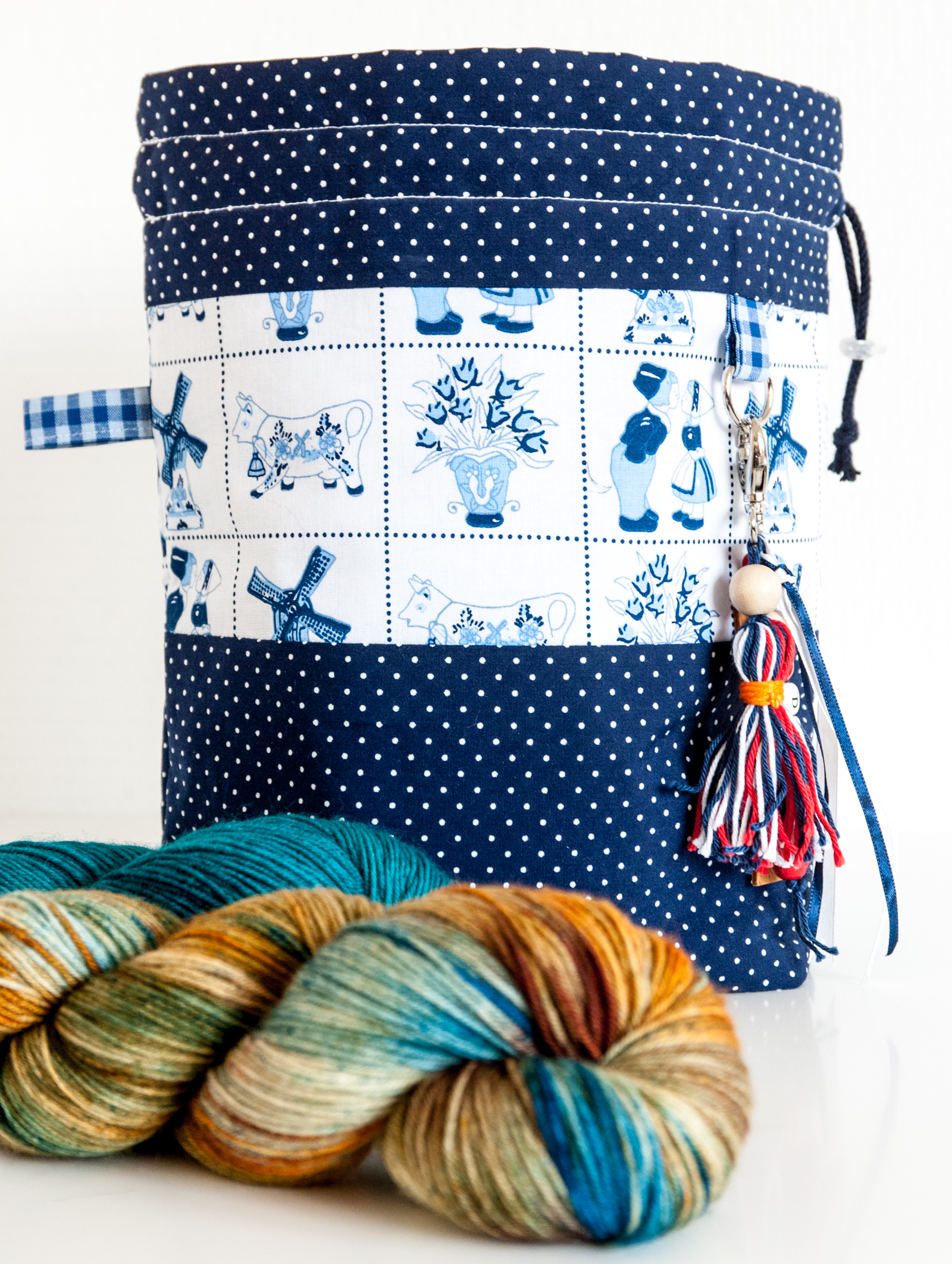 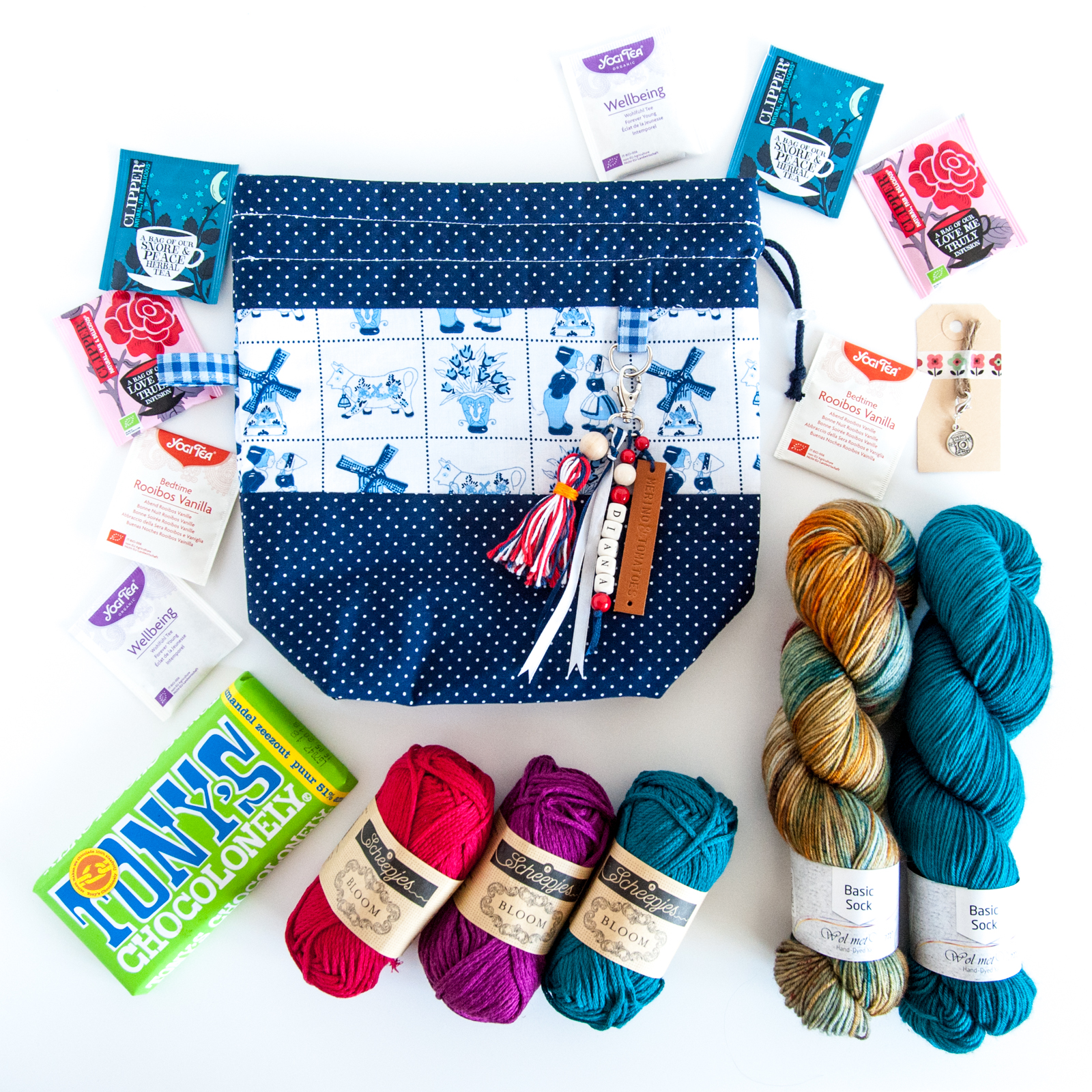 Here’s what the complete package looked like before wrapping the items. (Funny detail on the chocolate: it’s a Dutch brand and when I was looking at their website, I noticed that they have their US headquarter very close to where Diana lives! That makes re-stocking easy.) 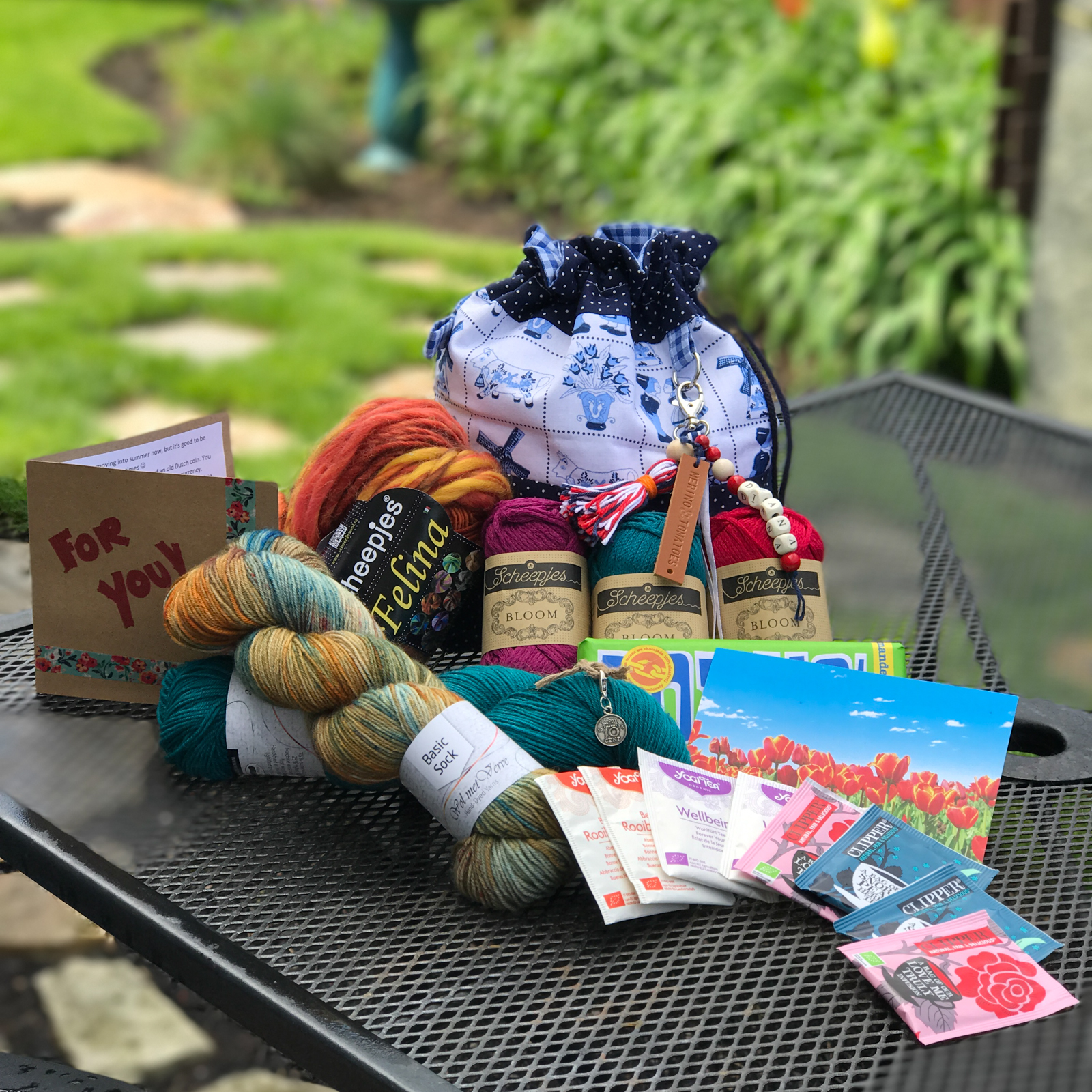 And here it is, on the other side of the world in Oregon, United States! Diana told me that I was spot on with choosing the colours of the yarn (in her Fibreshare profile, she mentioned a preference for jewel tones). I am really, really happy that you like all of the goodies Diana! Enjoy and have fun with them! 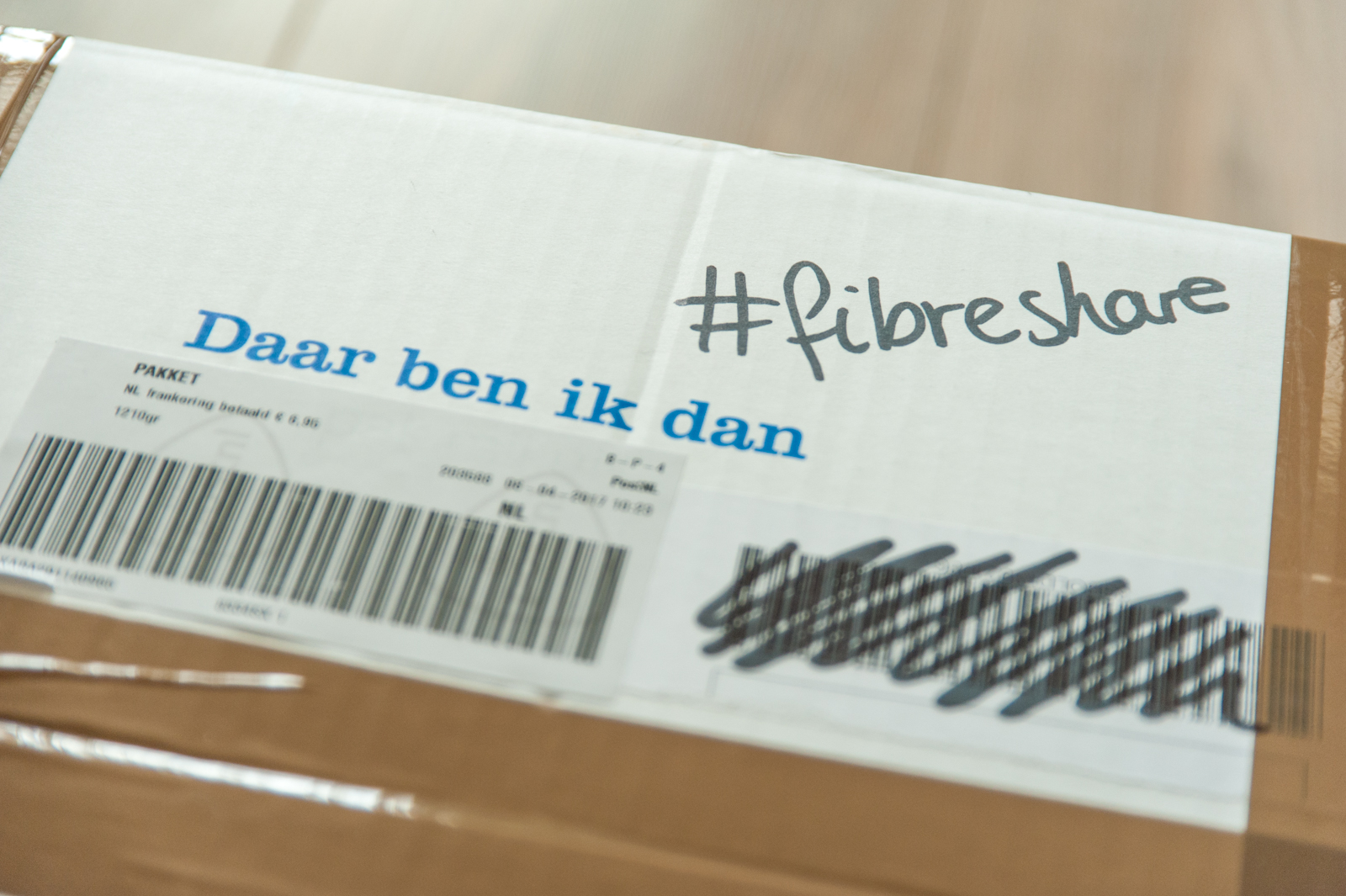 On to parcel number two: the one that I received from Dieuwertje. As I mentioned, this parcel was delivered last week. When I came home after doing my work-out, the big box was waiting for me on the kitchen table. Let the unwrapping begin… 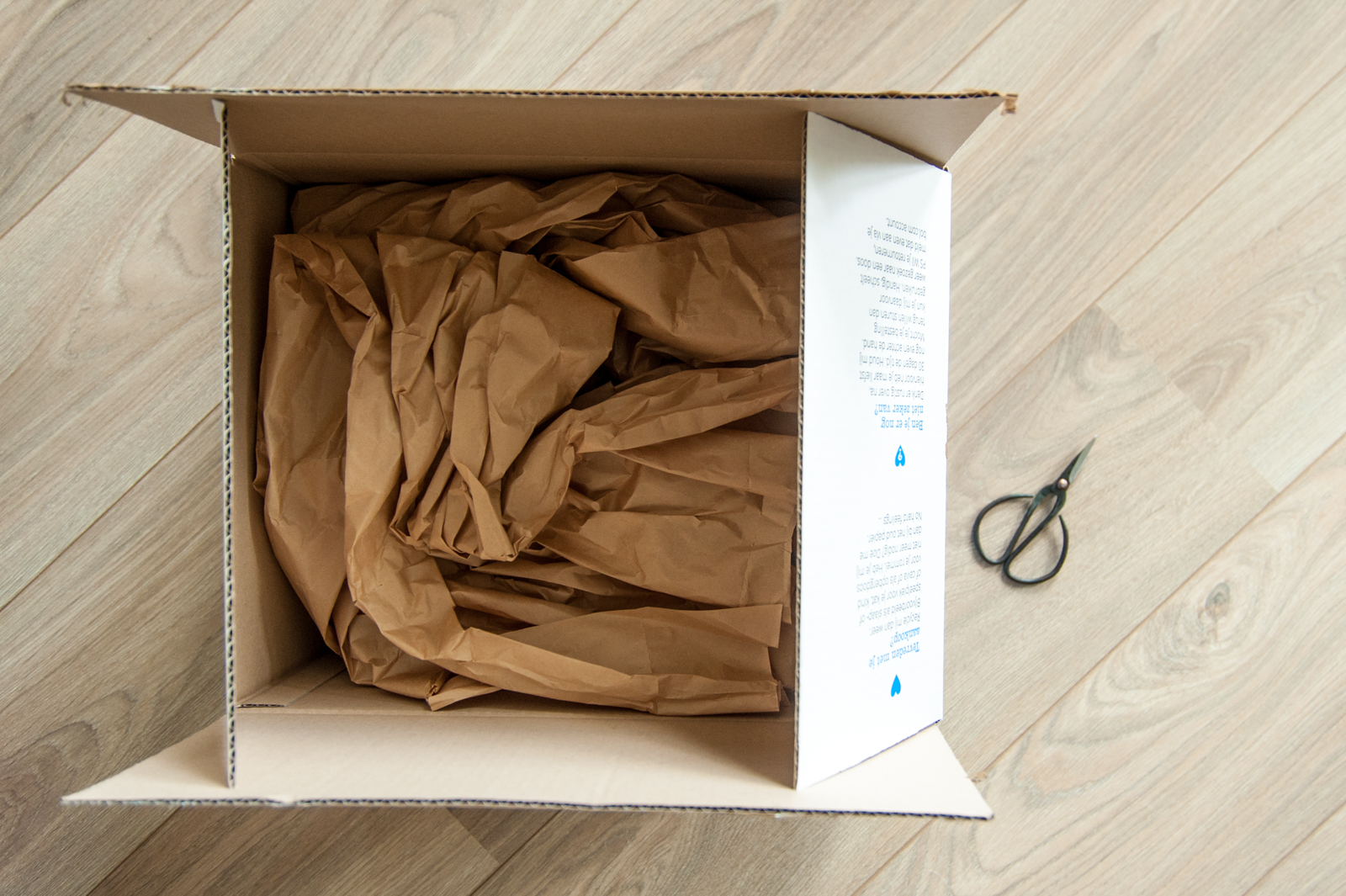 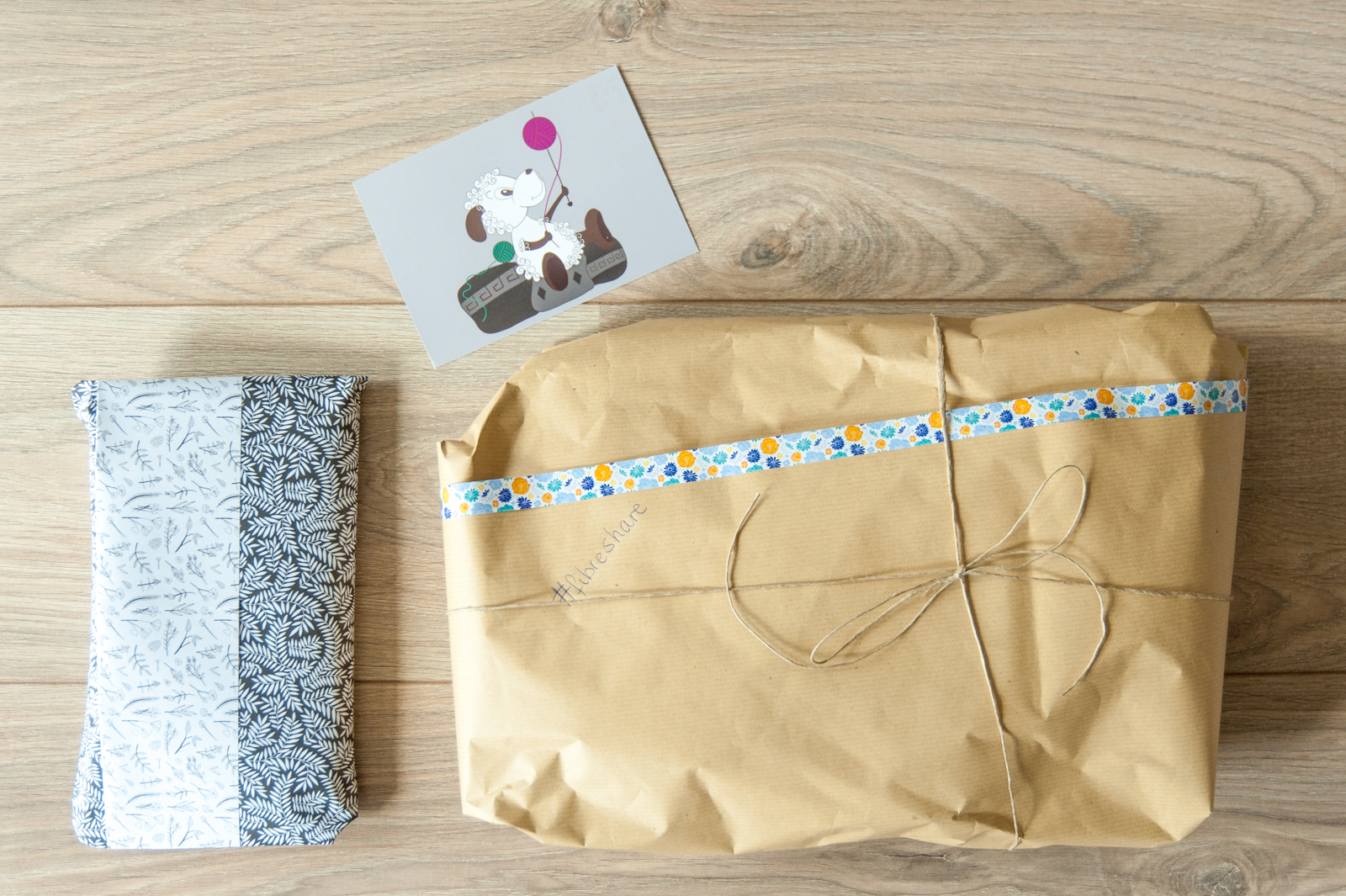 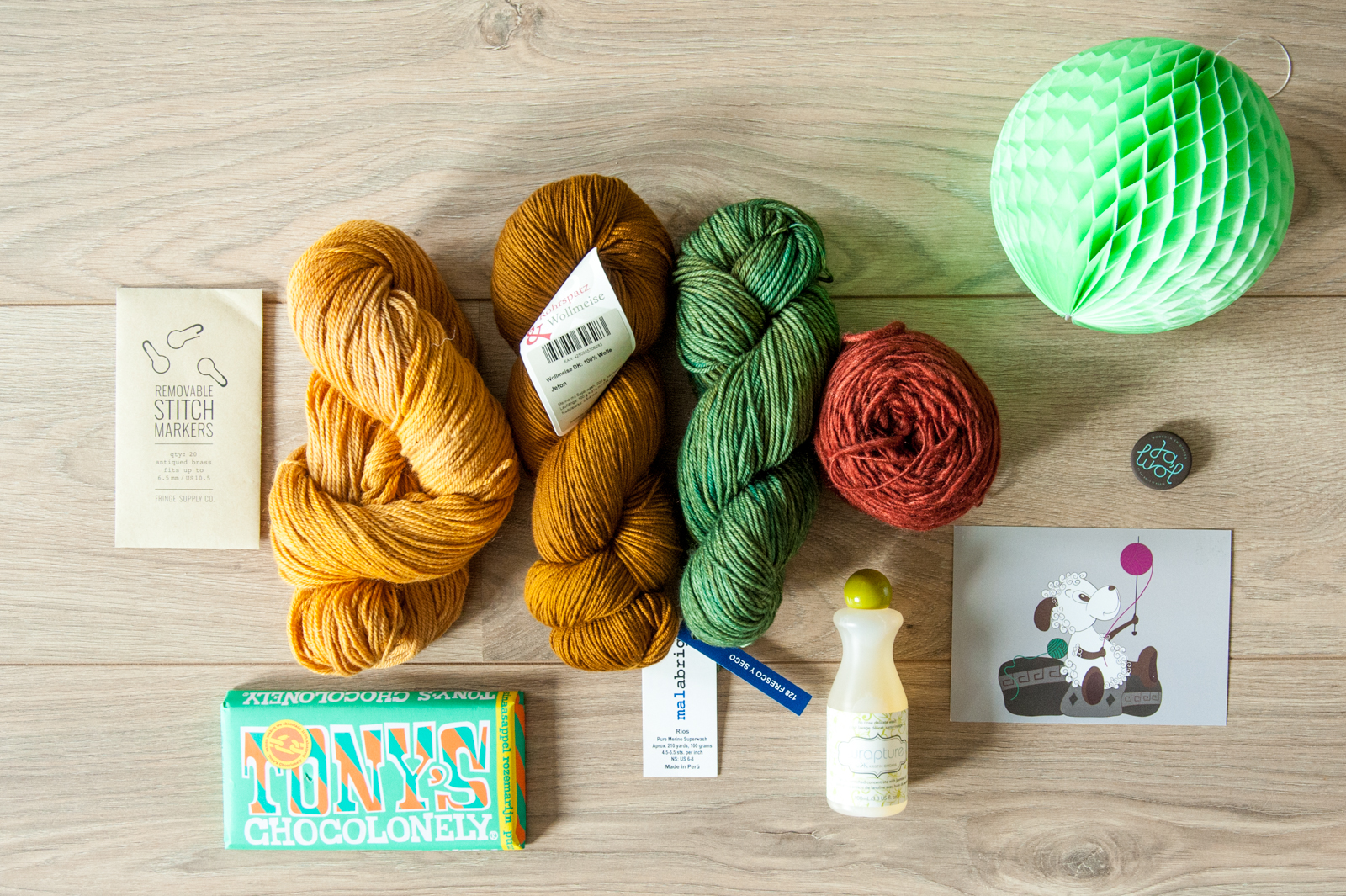 And unwrapped! Not only were there two skeins of yarn that Dieuwertje showed as a teaser. Another two were in the box! She also added some stitch markers and a small bottle of Eucalan which smells absolutely great! Some chocolate (favourite brand to give someone as a gift) and a paper balloon (which is hanging next to me in my craft room) were also added. 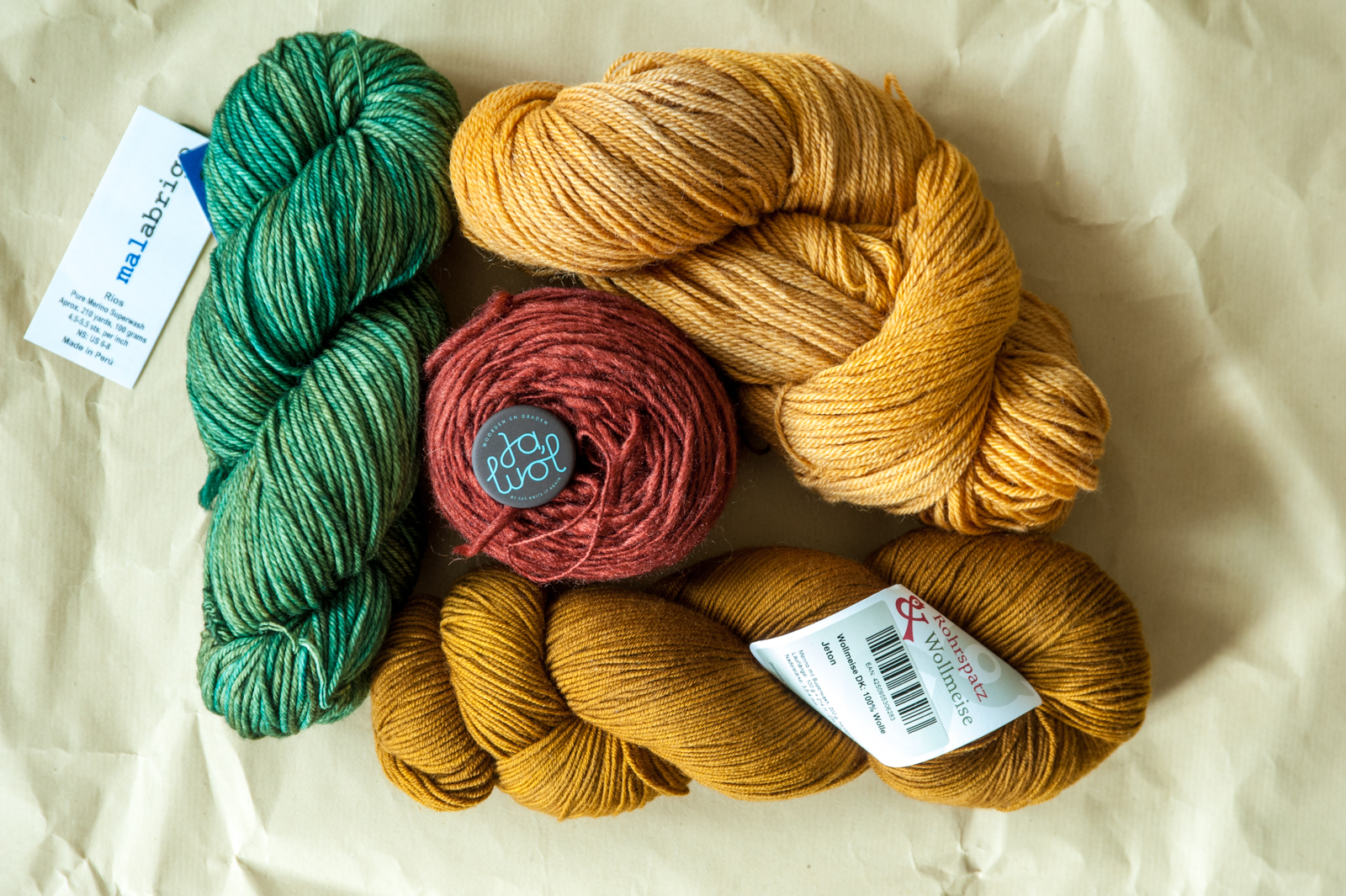 Just look how all the colours match so well! I love the warmth of the colours and the different textures of the yarns. The green one is going to be a challenge, it’s a colour that is a bit difficult for me. It’s one that I probably wouldn’t pick as a first choice when in a yarn store, not saying that this one isn’t really beautiful! Because it is! And sometimes it is just good to be challenged! 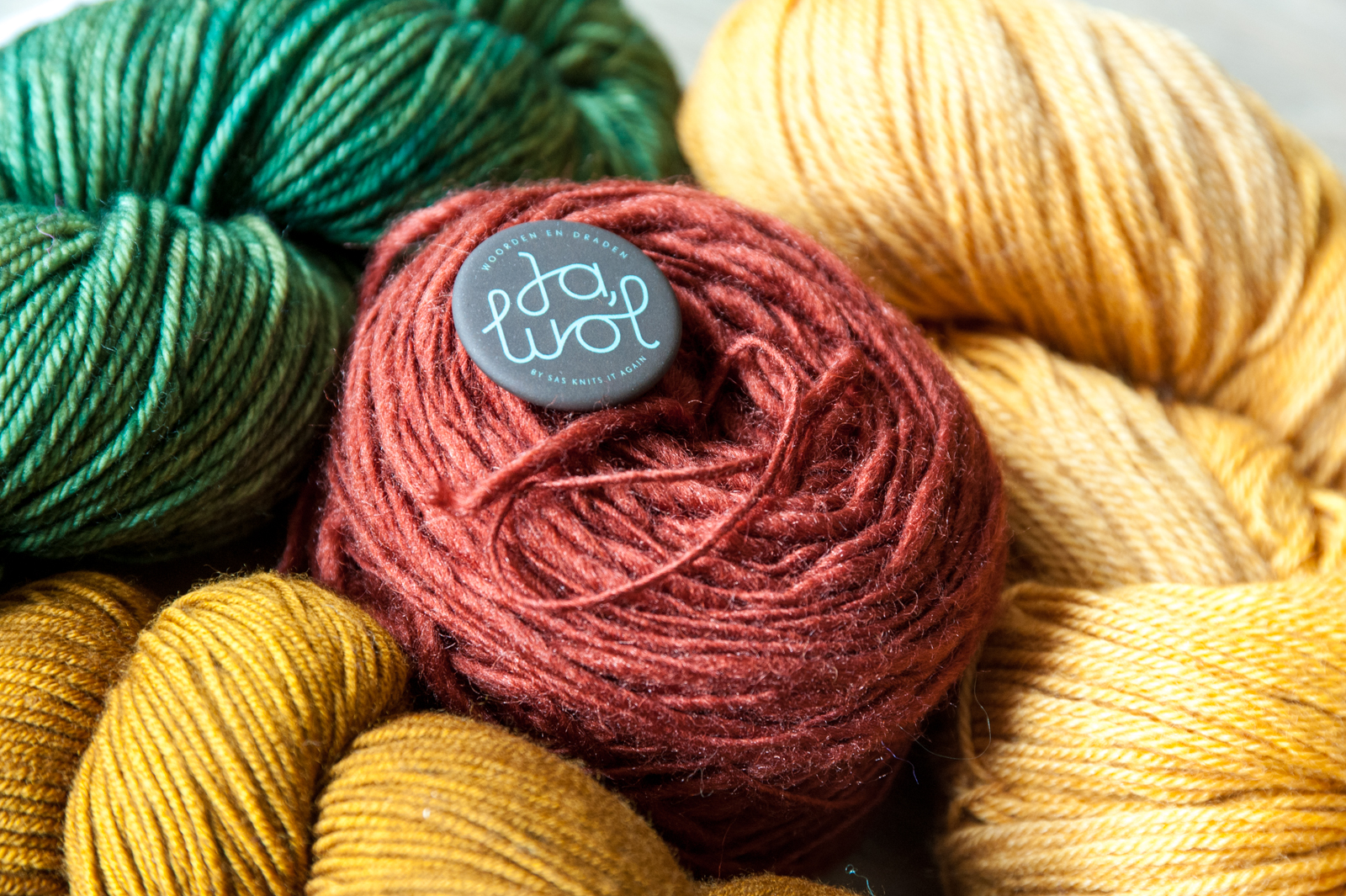 The beautiful yarn was bought at Ja-Wol in Rotterdam. I haven’t been able to go there myself so far since it is pretty much on the other side of our small country. But I definitely like to visit the store!

Thank you so much Dieuwertje for the beautiful yarns that you gifted me! I have put them on display here in my little craft room, waiting for the perfect pattern! 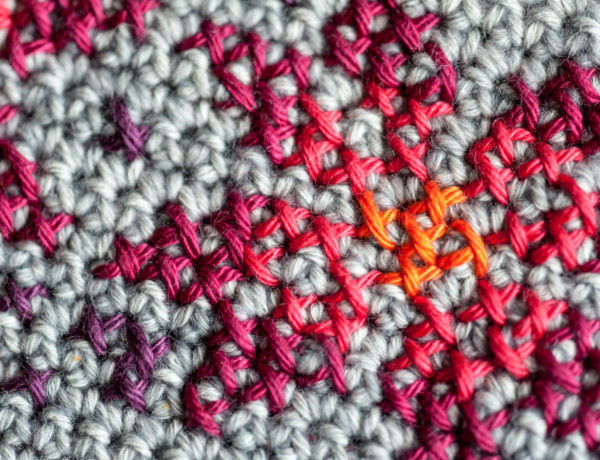 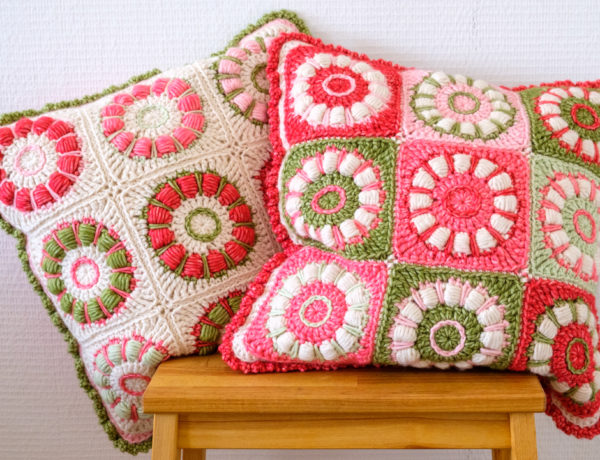 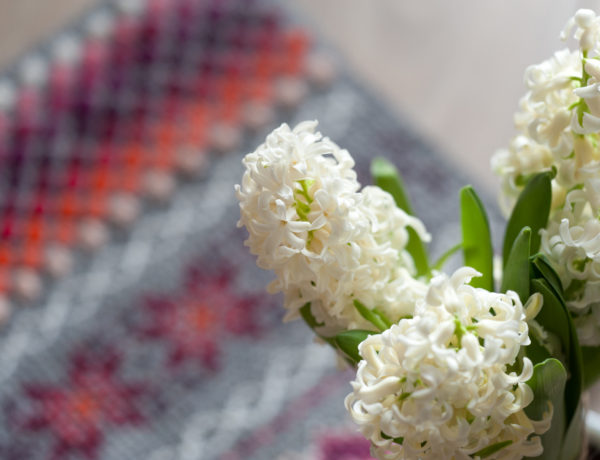 Life of a Tulip